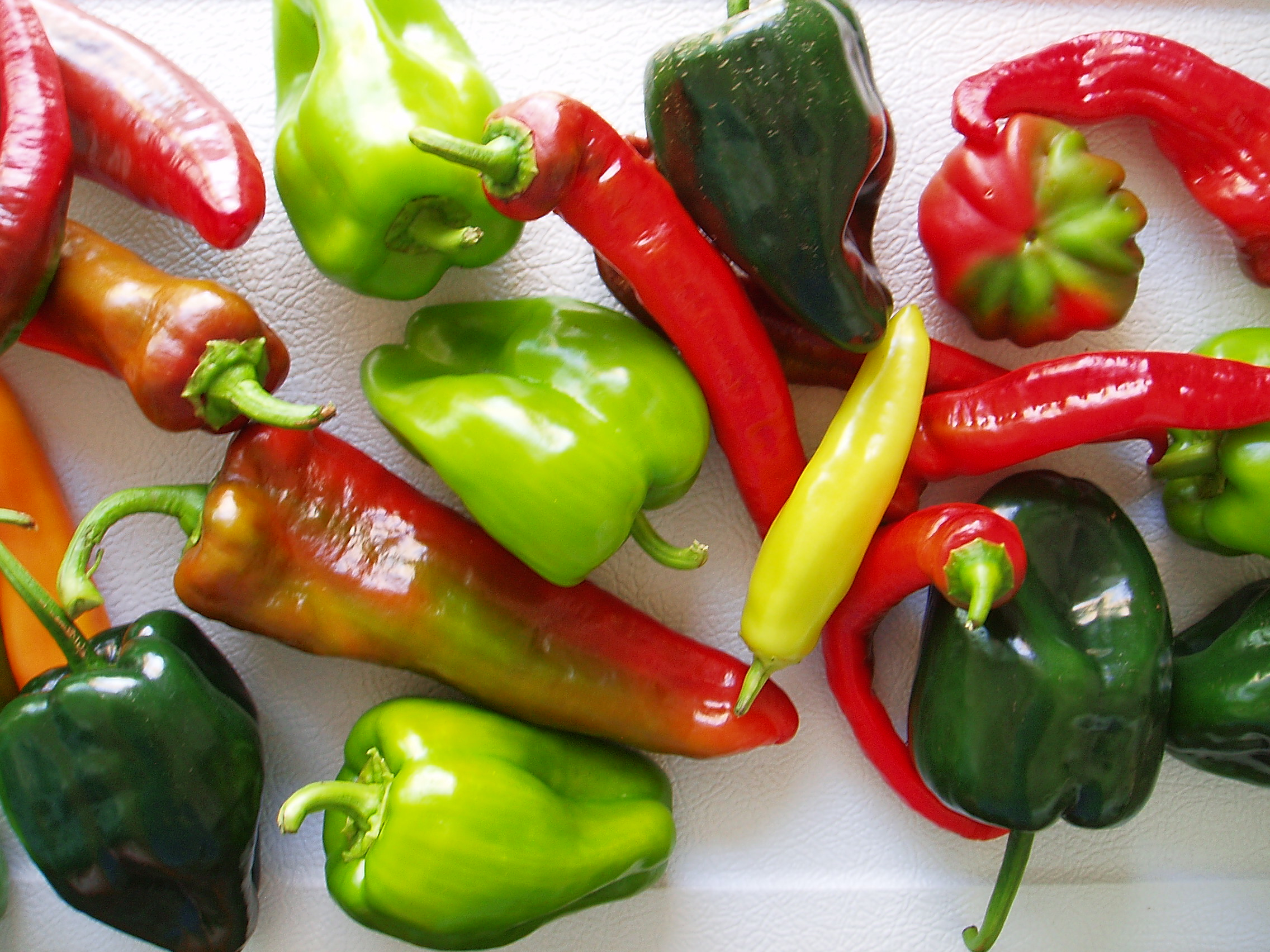 Glorious peppers are here! Now that this season’s tomatoes are put up, it’s time to focus on the irresistible array of peppers to be found at Seacoast farmers’ markets. Give in to temptation and fill your basket full of them to enjoy now, as well as into the depths of winter. From roasting to drying, and even canning, here’s a quick primer on preparing and preserving peppers:

Cutting peppers: Unless you want rings, I find the conventional way of cutting peppers awkward and slippery. Instead, I fillet the pepper by slicing the sides away from the core, lengthwise. Not only is it safer, it seeds and cores the pepper, and removes most of the white membrane, all at the same time. For more control while slicing or dicing the pepper pieces, cut with the skin side down.

Freezing peppers: One of the easiest vegetables to freeze. Wash; remove stem, seeds, and white membrane. Cut into large pieces, slices or diced. Tray-freeze, then package and store in freezer. Peppers can also be frozen whole, especially useful for smaller peppers like jalapenos. Whole or half peppers can be stuffed or baked; or sliced, diced or ground while still frozen, as needed.

Drying peppers: Wash; remove stem, seeds, and white membrane. Leave in large pieces or cut up. Dry in a dehydrator or oven at 120°F for 8 to 12 hours, until leathery with completely dry. When drying hot peppers this way, and make sure there’s ventilation for the fumes. Peppers may also be sun or air-dried by hanging. Thin walled ones like Jimmy Nardellos, a sweet red pepper, are particularly suitable for this — make your own ristra!

Roasting peppers: There are many ways to roast peppers. Make quick work of them by using an oven rather than a grill, especially when roasting peppers in quantity for canning. Lay washed peppers on a sheet pan, and roast in a 450°F oven for 45 minutes, turning once midway, until the skins have blistered. Place in a bowl and cover, and let steam until cool enough to handle. Skin will be loose; peel and remove core and seeds.

Canning peppers: Hot or sweet, peppers may be canned plain, pickled or marinated. Note: some of the recipes for canning peppers require a pressure canner for processing.

• Marinated Roasted Red Bell Peppers, from Simply Recipes; much like this one and the one mentioned above, with photographs. May be stored in the fridge for several weeks, or processed in a hot water bath. Tip: To ensure proper seal when processing food containing oil, wipe the rim of the jar with vinegar.

• Making and Canning Roasted Red Bell Pepper Sauce, from Canning USA. Quantities will depend on the kind of pepper you use; I measured the amount of roasted peppers to determine the proportion of olive oil and lemon juice to add. My first batch had problems with siphoning during processing — make sure to hot pack the jars by bringing sauce to a boil before filling, and to remove all air bubbles. Requires a pressure canner.