Agriculture is the method of farming which includes growing crops and reproducing animals for food, materials and other products. Unfortunately, global agricultural systems are collapsing because of the increase in the human population and the degrading of land and water which is affecting the energy demand and supply. Many scientists believe the high human population outruns the carrying capacity for the planet. Additionally, there’s a limited amount of space for agricultural land and water. The global agriculture is also being affected by an energy crisis. 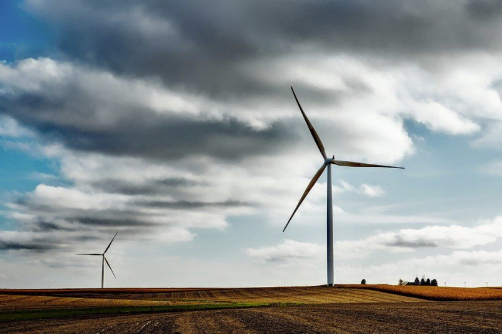 The energy crisis consists of increased demand for energy, but a decrease in supply. Coal, oil, and gas are needed in considerably high amounts for the conventional household and most industries. All of these sources produce high amounts of greenhouse gases which increases the greenhouse effect. The greenhouse effect is a natural process where the sun heats up the planet’s surface. Some of the sun’s energy reflects back to space and is absorbed. The rest of the heat is trapped by greenhouse gases like water vapor, carbon dioxide and methane in Earth’s atmosphere causing the extra heat to raise the planet’s average temperature. Human activities related to unsustainable massive scale agriculture, clearing land, and burning fossil fuels are all contributing to the greenhouse gases in the atmosphere.

Conventional agriculture needs diesel for tractors and transportation of produce. Also, coal is needed to produce many fertilizers. Currently, coal is declining which means the amount of fertilizer produced is too. Without coal, there is a decline in crop yields from traditional agriculture. Additionally, electricity is needed for irrigation which is the process of giving water to land typically through a channel. Without the proper drainage and flooding of crops, many can get destroyed. Overall, if there isn’t enough energy for agriculture, then more intense labor is necessary.

All of this doesn’t mean agriculture is going to suffer and significantly decline. As the agriculture industry evolves, a focus on renewable energy sources and more efficient systems will be needed to produce enough food to support the population. Sustainable agriculture that feeds local regions will yield a more sustainable food supply than the global agricultural and distribution systems discussed above. Everyone needs to do their part and support different solutions to the energy crisis. Unlike fossil fuels, there are sources out there that are fully renewable. This includes solar energy, wind energy, and geothermal energy. Also, people need to be more efficient and conserve energy within households by switching light bulbs to LED bulbs for example. Additionally, reducing dependence on gasoline whenever possible and shopping locally will all ensure our planet can support our needs for generations to come.