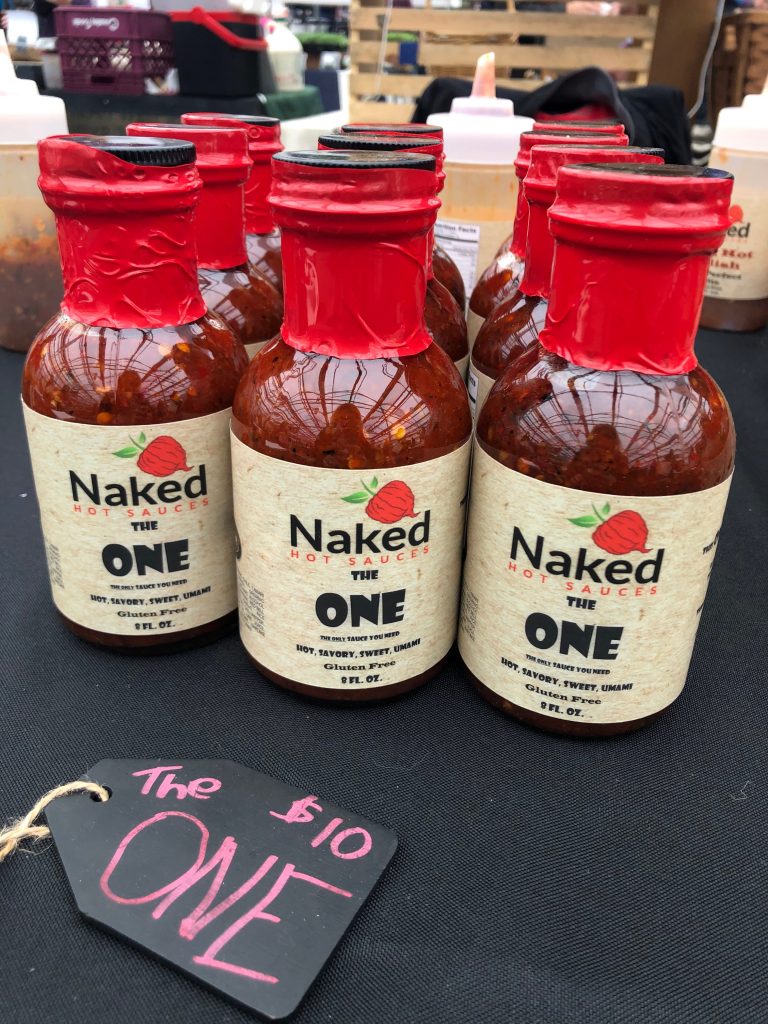 Everyone has heard of hot sauce in one form or another.  Hot sauce has been around for a long time and can even be tracked back to Mayan culture! Hot sauce became bottled and industrialized by the Tabasco company in the 19th century, and almost all cultures have their own rendition of hot sauce. The chemical that gives the sauce its spicy flavor naturally occurs in peppers, and is called capsaicin. Capsaicin has been shown to be beneficial to one’s health, it has anti-inflammatory properties and promotes a healthy metabolism. Peppers are ranked on the Scoville scale, a scale that measures the amount of capsaicinoids in the pepper. Scoville units range from zero, sweet bell peppers, all the way to 5,000,000 units, law enforcement pepper spray. You can tell how hot a hot sauce is based on its Scoville units.

Most commonly hot sauce consists of chili peppers, vinegar, and salt but there are many different combinations. Some sauces can be fermented to give a more tangy flavor. Naked hot sauces has many different varieties of hot sauces and can be found at some farmers markets, to learn more you can go to their website. The hot sauce I tried is called The One, and it is both spicy and savory. I used the hot sauce by making crispy breaded tofu and tossing it with this sauce, it was a tasty treat! What is your favorite variety of hot sauce? Let us know in the comments.