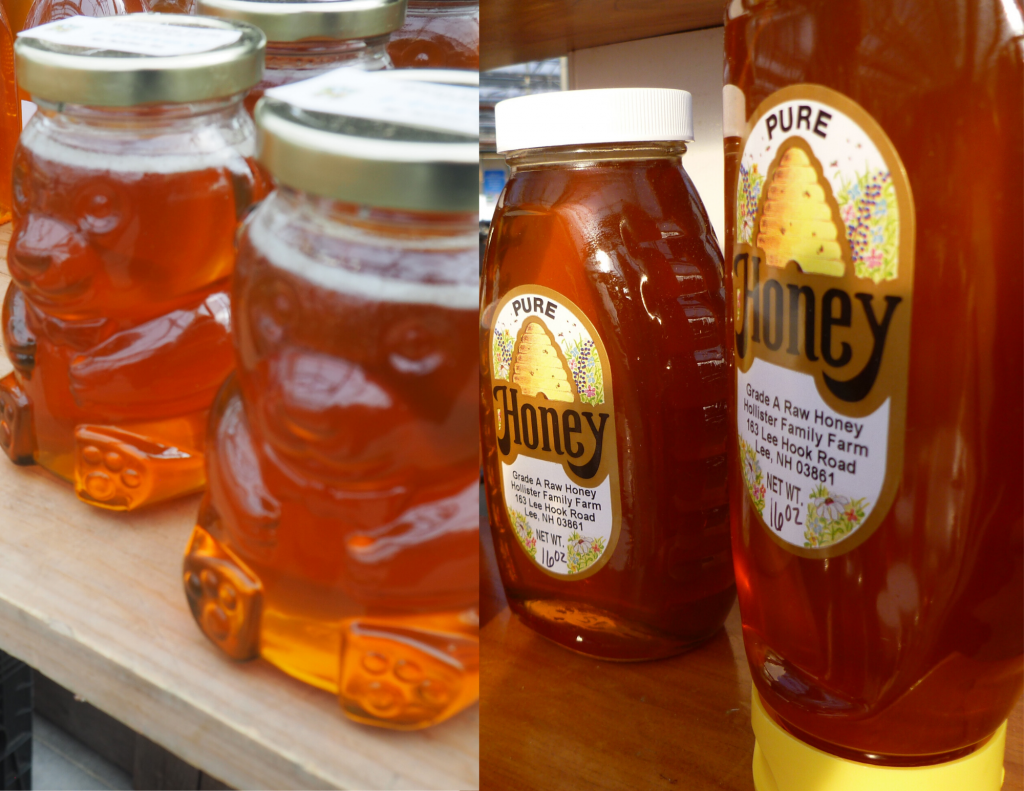 Honey has been around since the start of written history and most likely before that however there is not records prior. Since 2100 B.C.  it has been recorded as the first commonly used sweetener by humans. The first record is in Sumerian and Babylonian cuneiform writings and writings from Egypt and India. In years past it was used as currency, to make cement, polish and varnish, and in medicine.

Honey does not spoil and is best kept in a cool location out of sunlight. It is mostly sugar but does have some antioxidants depending on the bees and plants is comes from. There are different types of honey depending on the type of flower the bees go to. Some examples include lavender, clover, acacia, chestnut, sage, and many others. Honey can go threw different production and can be created into liquid in raw and pasteurized varieties, it can be in honeycomb, and also whipped. Honey can be used in many different recipes including baked goods, marinades, and can be added to tea.
Honey begins as nectar collected from flowers by bees. The bees then store the nectar in their honey stomachs. Those bees regurgitate the nectar into the hive and give it to worker bees. The worker bees then evaporate the water in the nectar by swallowing and regurgitating until the water content is lower. Once the water content of the nectar is lowered it is considered honey.
Honey can be found at you local farmers’ markets and from these farms.
Share on FacebookShare on TwitterShare on Linkedin