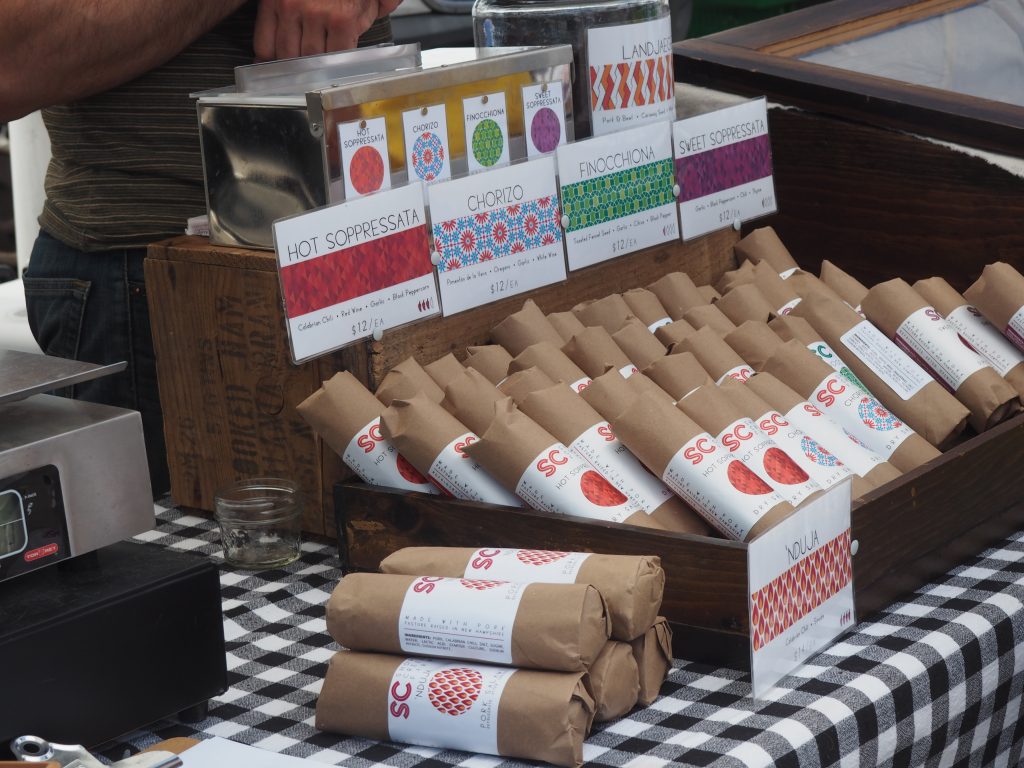 Salami also known as salame has a history that predates ancient Rome. Salami as a term refers to any form of encased meat, but is most commonly a pork sausage, pork blended with pork fat and a variety of spice mixes. Different types of salami can not only vary in flavor but also the part of the pig that is used to create it. Salami can be in fresh, cook, or dry-cured varieties and should look compact with a red or pink dominant color with speckles of white fat throughout. When cut, the fat should stay within the slice and not separate. Seasonings can vary and may include salt, pepper, garlic, fennel, wine, cinnamon, and many more. All the ingredients are mixed together and formed into the shape of a sausage, it is then encased and stored in a dark, cool place to age depending on the variety. Once stored, fermentation begins and that is how the salami continues to gain its flavor. When kept in a dark cool place, the salami can have a long shelf life. Another way to increase shelf life is to add coriander as a spice to the salami mix.

When preparing to eat, soft or cooked varieties should be sliced thin and hard or aged should be cut thick.  Depending on the variety, salami can be served in a number of ways including on a pizza, in a sandwich, on a charcuterie board, as antipasto, and many other ways. Different types of salami include but are not limited to chorizo, ciauscolo, finocchiona, genoa, kulen, pepperoni, and soppressata. The United States even has a salami capital, San Francisco. This is because the humid weather is the perfect environment to cure meat. Salami is both high in fat and protein, and the carbohydrate content depends on the additives in the mix. B vitamins are plentiful in salami however, it has a very high amount of sodium so it should be consumed in moderation. Similar to other fermented foods like kimchi or kombucha salami offers beneficial bacteria to the diet. You can purchase salami from Short Creek Farm and at some of these local markets.