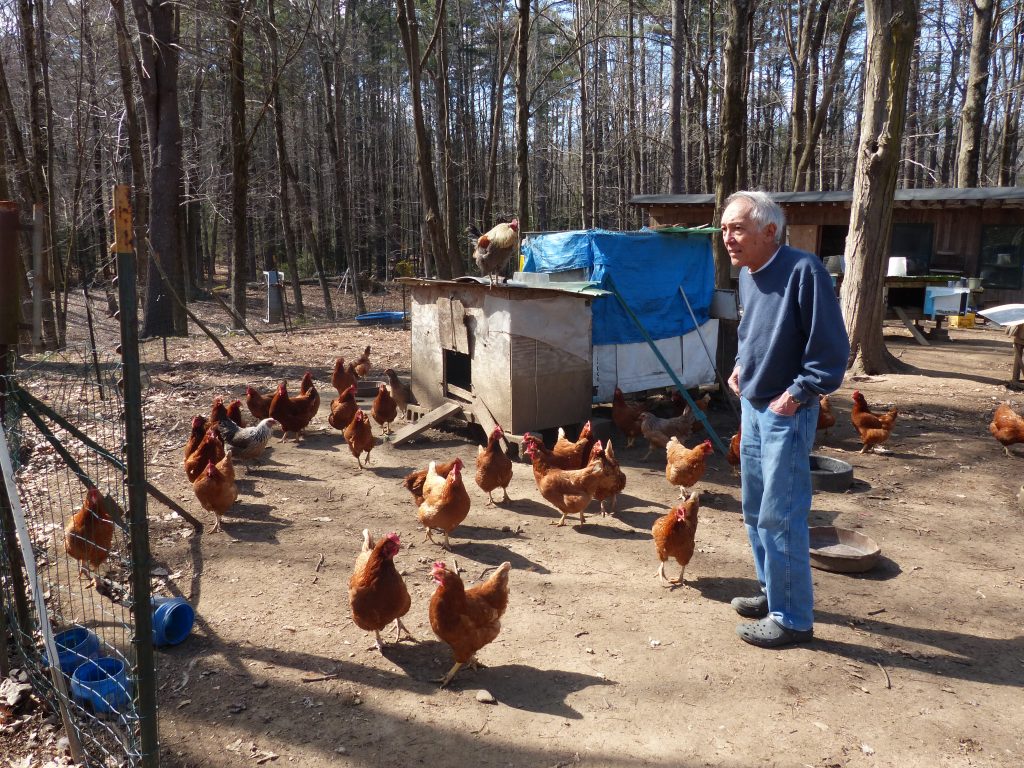 How does one go from growing up in Paris, France to becoming a poultry farmer in Danville, New Hampshire?

Well, for Phil Nugent, 77, it all started with summers spent at an aunt’s farm in Northern France. There, he helped care for the chickens, geese, rabbits, ducks, and turkeys that free-ranged around the property. Shortly after, he volunteered at farms that offered lunch in exchange for milking cows and harvesting apples for cider. (Some of the cider was turned into apple-flavored brandy, or eau de vie, which translates to “water of life” via a local distillery that arrived by cart.)

The rural summers were interrupted at the age of 14 when Phil’s family moved to New York City for his father’s job. He kept a community garden plot in his early 20s, living in North Andover with his wife, Gertrude, who grew up in Estonia.

But it wasn’t until their son, Francis, a middle-schooler at the time, found an ad for a house and seven-acres in Danville that Mona Farm was born. The farm name comes from an Estonian word meaning “little egg,” a nickname for Francis long before the first chick on the farm was hatched.

Phil started with a dozen chickens at first. Now cares for around 200 chickens, 40 ducks, and two geese.

It’s a lot of work for one person: twice daily feeding and watering; collecting, washing, sizing, and packaging up to five dozen eggs a day; fixing shelters and fencing that predators (fox, weasels, coyotes, hawks) inevitably find their way into. The work doubles down in winter when the hoses are frozen so Phil has to carry buckets of water in the cold to the hen houses. “At that time it’s not very pleasant,” Phil muses. 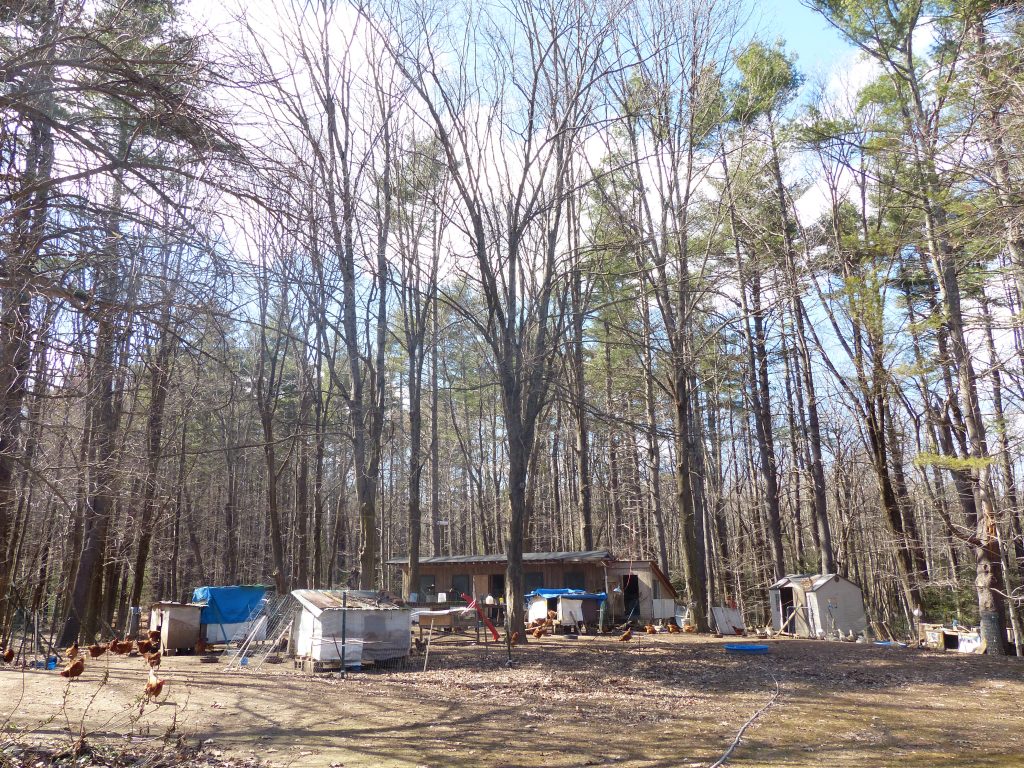 But he does it because he likes it. Likes the routine and schedule of it. How it keeps him moving. Having something to do. Being outside.

Plus, Phil says an unexpected benefit is that “you don’t get lonely.” Phil sells at farmers’ markets and local customers pick up eggs right at the farm—some of whom he’s become such good friends with that he invites them in for coffee.

Then, of course, there’s the relationship with the chickens themselves. As we walk to the poultry yard, Phil greets the birds like friends.

“Hello girls, how are you doing today?” 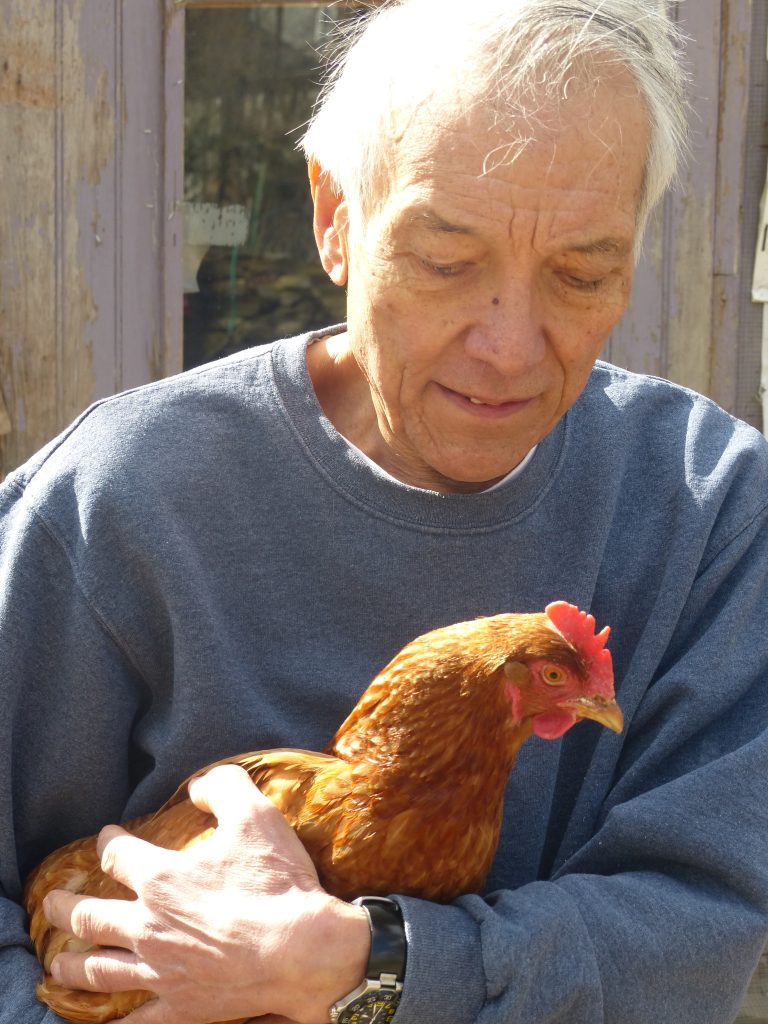 It’s clear that the birds know him and are happy—milling around and clucking at his feet. As we talk, the two geese make a loop around the house, keeping an eye on everything. “They work together. Keep each other safe.” True to fashion, they are the first to squawk when I crouch down too quickly to take a photo. All of the chickens scatter to safety within moments.

As the hens and roosters return, I ask Phil what breeds he raises. He tells me it’s been many over the years, but lately he likes Golden Comets—smaller birds who begin laying at five months old instead of the more typical six months. “They’re supposed to eat less,” Phil says. He smiles and shrugs. “But they all seem to be hungry all of the time to me.” 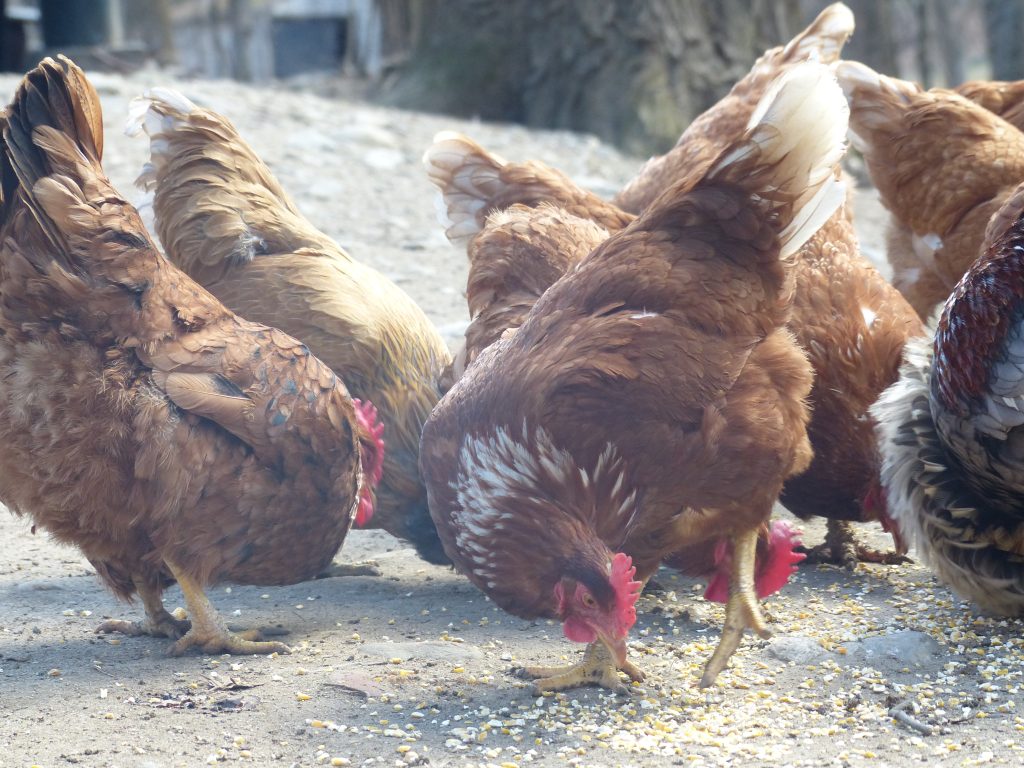 Eating reminds me to ask Phil his favorite way to eat eggs.

His answer is omelets. Mine is fried in olive oil. We both agree though, eggs are something of a perfect food: containing twelve of the thirteen essential vitamins (all but Vitamin C), a plethora of minerals, and a high quality complete protein.

Phil continues showing me around: the pond where the ducks swim; the chicken barn he made out of recycled pallets; how he’s slowly introducing the youngest chickens to the flock. I ask if there are any downsides to the farm and he replies that it’s hard to get away. He’d like to spend more time with his son, grandchildren, and great grandchildren who live in North Carolina, but he has to be around to care for the flock. Or, he has to go on separate trips from Gertrude so she can do the chores. 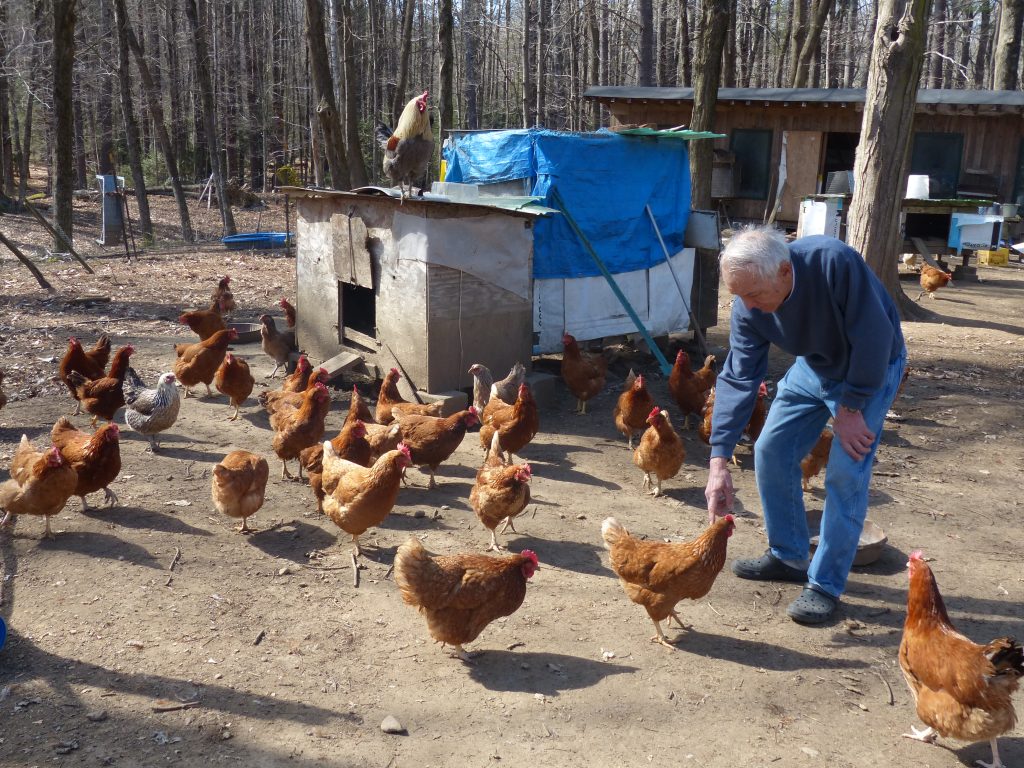 The best case scenario, though, is when his family is able to visit. He loves showing the kids around the farm because it’s a different ecosystem than what the kids are used to in suburban North Carolina. He’s happy to welcome them to it—much like he was as a child in France.

And that seems to be abundantly true—whether you start with the chicken or the (little) egg.

You can support Phil and buy his local eggs at the Summer and Winter Farmers’ Markets in Exeter (Eggster?!), NH.

One thought on “Mona Farm: A Story of the Chicken and the Egg”